The world is a stranger place than most realize. Just beneath the surface of normalcy, at the edge of vision, strange forces work to destroy everything we hold dear.

Most remain ignorant, willingly or otherwise. They have learned to dismiss the more outlandish rumors caused by this effect, shifting the blame towards more sensible, normal causes for outlandish happenings. Those who suspect, or believe, that something else is going on are appreciated as comedy at best, or ridiculed and ostracized at worst.

We fight to keep them in the dark.  The <Light/Truth> is a dangerous thing to behold. If a civilian is exposed to the hidden secrets, it might drive them past the brink of existential stability. Instead, we have chosen to protect them, seeking out these Threats where we can find them. We are drawn to them, like... well. Let’s not spoil the whole fun.

<Bureau/Nest> is a narrative roleplaying game inspired by games like Control and XCOM, as well as the Men in Black and the SCP Foundation. In addition, particular inspiration has been drawn from the stories of the Mothman.

Mechanically, the game inherits much of its terminology from the Powered by the Apocalypse framework, particularly as visualized in Shawn Tomkin’s Ironsworn. It is not a direct derivative of any particular game, but players familiar with this style of games will feel right at home.

While I consider the game to be runnable in its current state, I would also say that it’s very much still in development. I expect there to be multiple iterations and tweaks going forward, and as such am appreciative of any and all feedback that you can provide.

In addition to further testing and iteration, I would love to also commission some art for the game. If you’re an artist who would be interested in working with me on this project, or if you know someone who might be, get in touch!

In order to download this roleplaying game you must purchase it at or above the minimum price of $5 USD. You will get access to the following files: 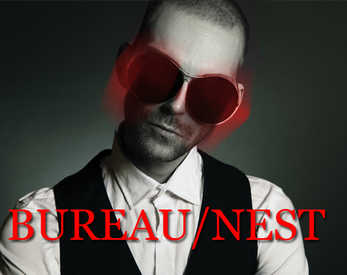